Since 2009, TB Alliance and Johns Hopkins University have collaborated on a Preclinical Regimen Identification Program, testing more than 250 unique drug combinations using in vitro and in vivo models to determine those with the greatest potential to impact the TB pandemic. 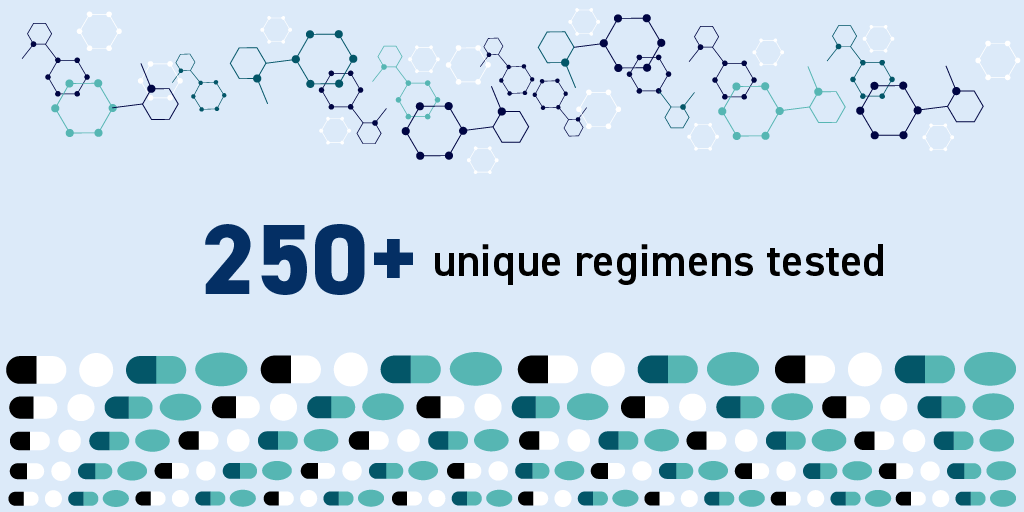 Importantly, the candidate library is not limited to TB Alliance’s portfolio; the preclinical regimen program identifies the best combinations of drugs and drug candidates regardless of sponsor. This research has shed significant light on how TB drugs work together, while reaffirming the difficulty of the mission and the impact historical neglect and lack of resources has had on the field of TB drug development.

With more than a decade of experience as the principal investigator of this program at Johns Hopkins University, Dr. Eric Nuermberger, Professor of Medicine and International Health, describes this dynamic. According to Nuermberger, “We can make hypotheses about mechanism of actions coming together based on reasoning, prior research and past experience and that’s valuable, but there is definitely an empirical element to it because we’re often surprised – positively and negatively – by the way drugs interact. So, despite doing this for 11 years we accept that we can't always predict what we're going to get.”

In a field where resources for clinical development are at a great premium and mortality and morbidity are significant, the stakes of identifying the best regimens for development are high. That same lack of resources also impacts regimen selection in compounding ways. Lack of understanding of the biology of the M.tb bacterium and the absence of reliable early biomarkers to confidently predict a regimen’s long-term efficacy and duration can complicate the process of selecting the right regimens to advance. 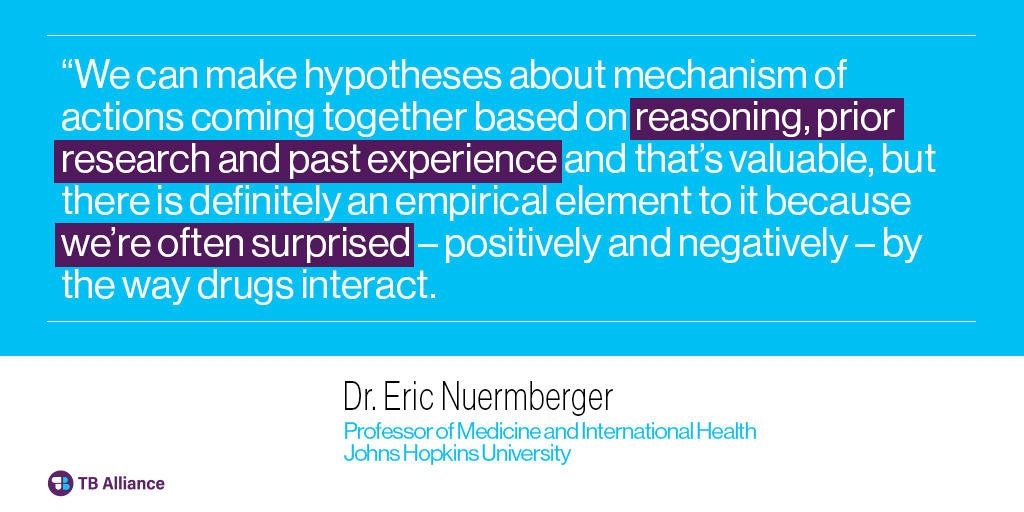 Encouragingly, the Preclinical Regimen testing program has led to advances in predictive modeling. Over the course of this program, the complexity and reliability of predictive models have evolved. Today’s models better understand elements like drug concentration over time and the potential impacts of underlying lung disease in those receiving treatment.

Modeling is an iterative process continually integrating learnings from research and previous models and more investment and innovation is still needed to refine these tools. Nuermberger notes the challenges unique to developing TB regimens, “The M.tb bacterium has more than 450 essential genes and requires multiple drugs to treat; there are so many potential ways to combine drugs and seek different targets. The tools that have traditionally been applied to drug development for various bacterial diseases generally haven’t been optimized for TB.”

Nonetheless, this program has been integral in accelerating the pace of TB drug development, enabling a regimen-based approach based on rigorous scientific evidence, and resulting in the approval of a new treatment for highly drug-resistant TB.

TB Alliance CEO & President, Mel Spigelman notes that the program has achieved “a simple, agnostic system by which we make evidence-based decisions on which regimens are going to confer the maximum benefit to patients, shorten treatment, and be safest and most efficacious.”