At the time of TB Alliance’s formation, experts estimated that close to 400,000 people developed multidrug-resistant tuberculosis (MDR-TB) each year. Dr. Lee Reichman, of New Jersey Medical School’s National Tuberculosis Center had written a 2001 book called Timebomb: The Global Epidemic of Multi-Drug Resistant Tuberculosis that warned of the risks posed by TB that is resistant to commonly used antibiotics. Dr. Reichman joined the TB Alliance board in 2002 and, only three years later, the world’s attention was turned to a new, even more resistant form of the disease that was shown to be highly fatal. 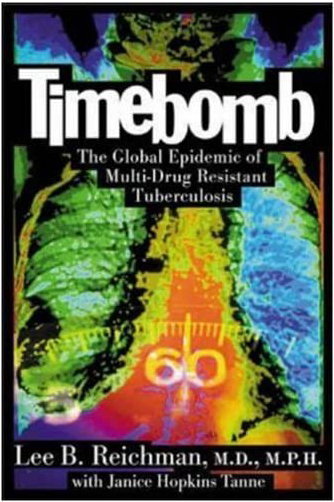 At the U.S. Food and Drug Administration (FDA) Antimicrobial Drugs Advisory Committee meeting on the regulatory application of a new TB drug regimen, Dr. Reichman noted the historical failings of TB treatment leading to the drug-resistant strains of today. Dr. Reichman remarked, “TB remains the largest killer of any single infection. This is a tragic paradox because modalities exist to prevent, treat, and control it. However, treatments and therefore effective control measures have increasingly failed in their role because of the advent of multiple drug-resistant TB and extensively drug-resistant TB.”

In 2005, a rural town called Tugela Ferry in the KwaZulu-Natal province in South Africa was home to an outbreak of extensively drug-resistant TB (XDR-TB), which killed 52 of the 53 people who were infected. Reports of this outbreak drew international attention, stoking fears of this largely untreatable, fatal and contagious disease. As this new threat raised awareness of the TB pandemic, it also complicated the already fraught landscape of TB care and innovation.

As feared, XDR-TB did spread significantly and treatment efforts in the ensuing years were often unsuccessful, demanding 18+ months – or sometimes years – of treatment with combinations of medicines for which there was little or no clinical evidence of efficacy. In its most recent Global TB Report from 2019, the World Health Organization estimated the treatment success rate for XDR-TB at 39 percent.

With the introduction of new or repurposed TB drugs, treatment efforts have shown signs of improvement, and patients who may have once viewed XDR-TB as a death sentence have new treatment options.

Last year, TB Alliance introduced a new treatment for highly resistant forms of TB – including XDR-TB – that has shown a 90 percent treatment success rate after six months of treatment with an all-oral, three-drug regimen.

This is a milestone on the path to TB Alliance’s vision of introducing new treatments that can serve to erase the distinction between treating drug-sensitive and drug-resistant TB. It is also a testament to the long-term, sustained investments of TB Alliance’s donors who have made this research possible.

At that same Advisory Committee meeting noted above, Dr. Reichman commented, “The solution to the paradox, as described in Timebomb, was the advent of the Global Alliance for TB Drug Development as a model of a public-private 20 partnership. It pioneered the initiative of testing new complete regimens rather than single new drugs for TB.”