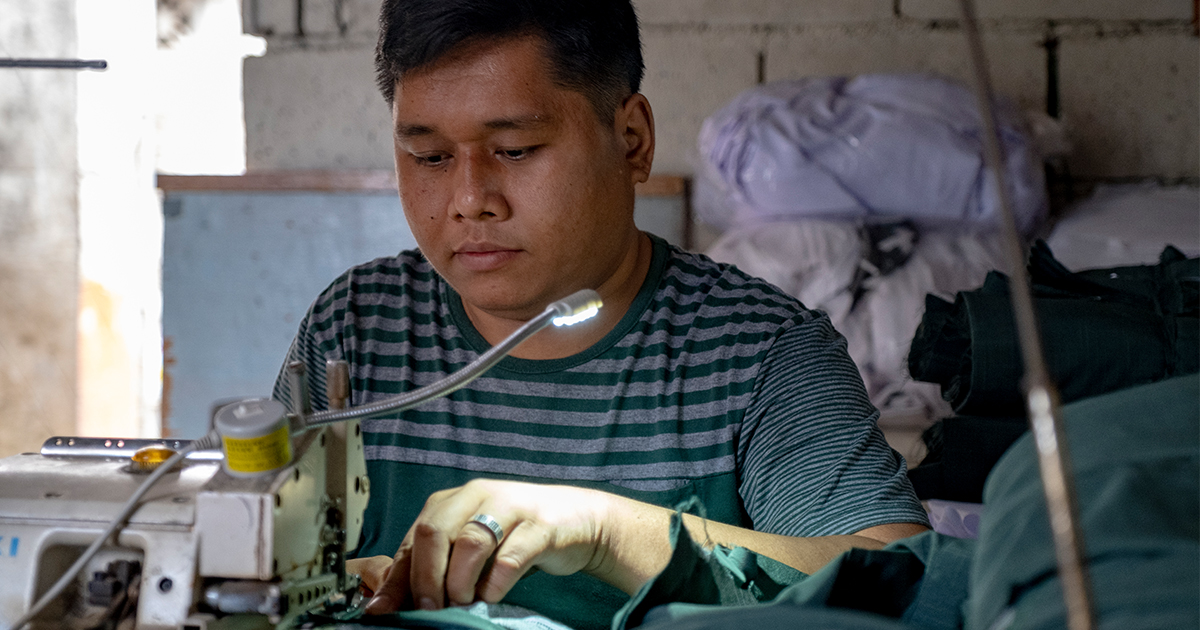 John Rovie owns a tailoring shop in Manila, the capital of the Philippines. He’s also a survivor of drug-resistant tuberculosis (TB). This is his story of #TBCourage:

When John Rovie was diagnosed with TB, he became very aware of the need to avoid coughing in public and would always cover his mouth. He had to keep a distance from his family, especially the kids, as he didn’t want his drug-resistant disease to spread. “The hardest part,” he said, was the stigma – when others found out that he had TB, they would feel “disgusted.”

Once he started treatment, he had to take seventeen pills every day. The side effects impacted his daily activities and his work. But he knew if he didn’t endure and continue with treatment every day, the medicines wouldn’t work. John Rovie kept fighting, finished his treatment, and today he’s TB free.

He said there are still those who look at him differently, who have misconceptions about the disease. John Rovie hopes that others with TB will also keep fighting and have the courage to seek and finish their treatment.