When developing new treatments, an accurate understanding of the dynamics that shape the treatment landscape is essential.

One key dynamic is the proportion of tuberculosis (TB) treatment that is carried out by the public and private sectors. TB has long been viewed as a disease treated largely in the public sector, a view informed by the World Health Organization (WHO)’s extensive focus on the DOTS (Directly Observed Treatment, Short-course) model, as well as the fact that many countries provide medication for drug-sensitive TB without a cost to patients.

However, this understanding was largely a presumption; there had been a drought of rigorous efforts to determine and evaluate the size and dynamics of TB treatment in the private sector. In 2011, TB Alliance and academic partners put these presumptions to the test. The results of this research challenged prior assumptions, shed light on drivers of drug resistance, and ultimately led to a reconsideration of how national TB burdens are estimated.

TB Alliance assessed the treatment landscape in 10 countries accounting for 60% of the global TB burden. This study revealed that the overall volume of TB drugs sold in the private sector in the studied countries was nearly equal to that of the public sector.

Additionally, the study detected 111 different first-line TB drug dosages and combinations available, which was particularly concerning as WHO and Stop TB Partnership’s Global Drug Facility only deemed 14 such combinations/dosages necessary for proper treatment. Further, at least a third of the available products fell outside national and international treatment recommendations.

Figure 1. First line TB drug volumes broken down by strength, compared to GDF/NTP standards. First line drugs were classified as having strengths identical to those purchases by the Global Drug Facility (GDF) or recommended by the relevant National TB Program (NTP), or integer multiples of such strengths (e.g., twice as much or half as much). The remaining strengths ("other"; purple bars at top) constituted 35% of total volume. (Note: only products with known strengths were used in the calculation.) doi:10.1371/journal.pone.0018964.g001

With growing concern over the rapid growth of drug-resistance, this was cause for alarm; drug misuse in the private sector could result in treatment failures and contribute to the development of drug-resistant TB.

Public health organizations, including WHO and country-level health systems, took note of these findings. One outcome was an expansion of public-private mix (PPM) programs, which support TB management by private care providers. In response to the research, Mario Raviglione, then Director of WHO’s Stop TB Department, remarked that “the size of the response is not commensurate with the size of the challenge; there is enormous scope to expand these [PPM] programs urgently,” declaring that it’s critical to “make private providers responsible partners of the public sector in controlling TB and MDR-TB." 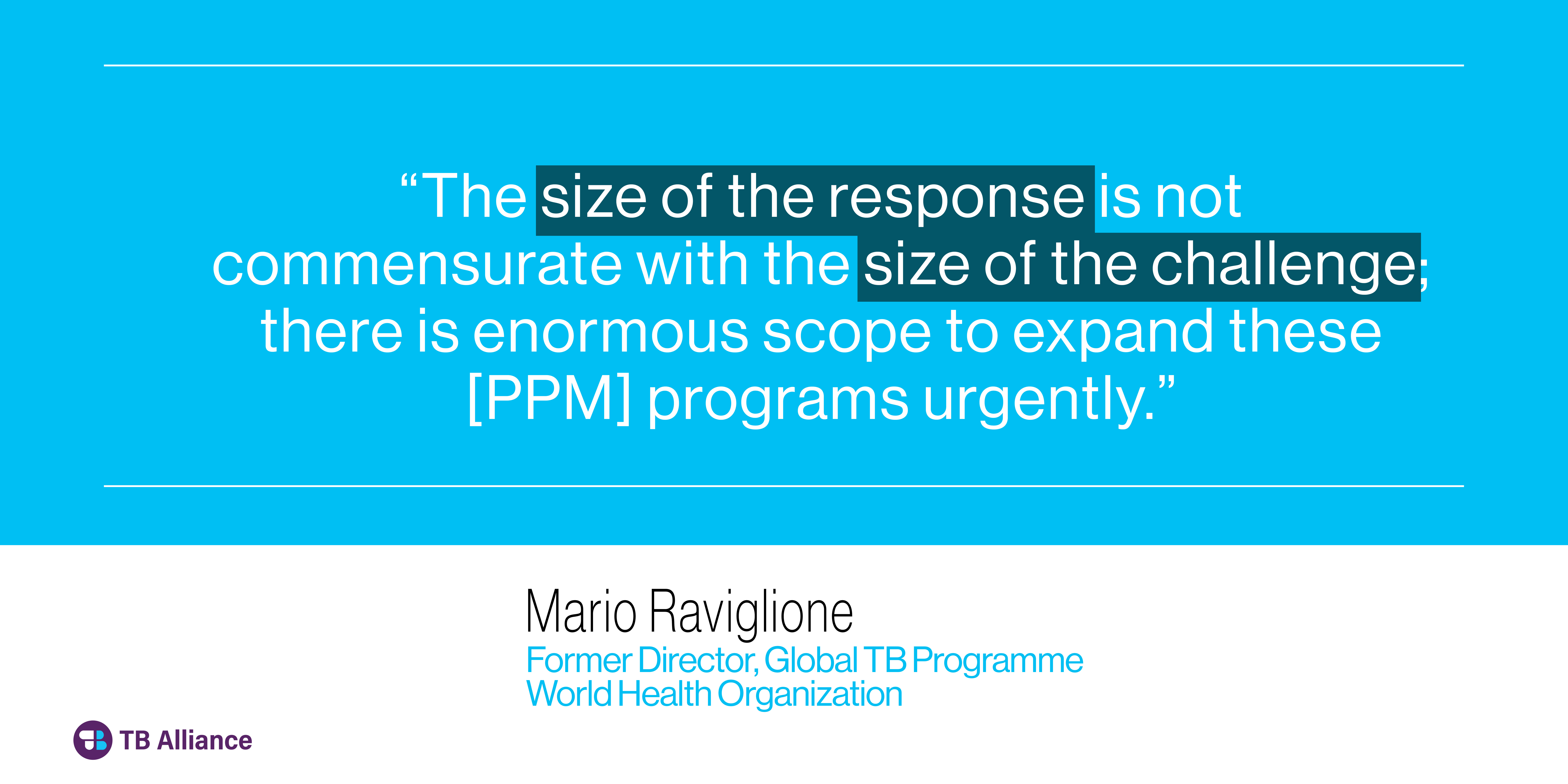 Subsequently, increased resources were dedicated to PPM programs, especially in Asia. India, the highest TB burden country in the world, continues to make use of the study’s methodology to track its progress in private provider engagement. Additionally, with a clearer understanding of the extent to which TB was appearing in the private sector, TB burden estimates in many countries were revised upwards.

While efforts to monitor and collect treatment data remain imperfect, rigorous research into market dynamics provides decision-makers with a more accurate sense of the challenges at hand. With a better understanding of the global TB landscape, the need to simplify and shorten TB treatment has become all the more urgent.